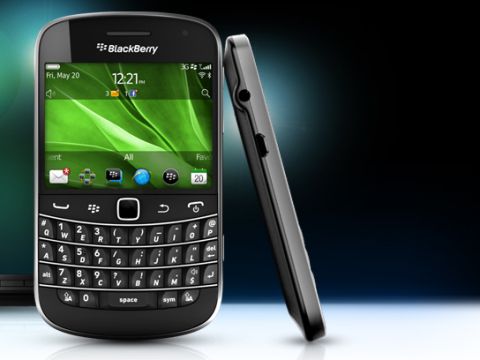 Efficient communication is certainly the main factor that drives your business to expand further and as smooth as you expected. Without proper consultation on which mobile phone to be used, you might end up using the wrong device and eventually you will face disaster that will flop your business.

BlackBerry prepaid mobile phone is an exception, since the mobile phone has been dedicate created as business medium of communication. It’s undeniable that the BlackBerrys are one of the best prepaid mobile phones for business usage. Their combination of easy to use interface and their push email capabilities make them a must have for all corporate users.

To a certain extent general consumers who are constantly mobile. Well, RIM is not letting up in its onslaught and its latest Blackberry Bold prepaid mobile phone is set to continue the Blackberry’s strength in business mobile phones with a few more improvements.

The Blackberry Bold prepaid mobile phone is by far the best looking Blackberry to come out of RIM’s stable. Its curved and rounded edges coupled together with the removable black lathered back cover and black design gives it that rather classy look.

Now although the BlackBerry Bold prepaid mobile phone may seem rather large, I found that once it got into the palm of my hand, that didn’t really matter anymore as it fits in rather comfortably. In fact it felt very much like it belonged there. The wideness of the Blackberry Bold also gave more space for its full QWERTY keyboard.

The BlackBerry Bold utilizes a four row keyboard which was really comfortable to use. The keys were not very squishy and made very little noise while I was using it. The keyboard layout itself was rather easy to get used to and texting and emailing was made really easy with this layout.

One of the key features that the Blackberry Bold has is its screen. Besides its size, it has a half VGA resolution of 480 by 320 and even though it has the same resolution as that of the iPhone, due to the smaller real estate of the Bold’s screen, you get a higher pixel density allowing for even sharper images and videos on it.

The BlackBerry Bold comes with RIM’s BlackBerry operating system 4.6 version which uses a new visual style called Precision. The new style uses and array of six icons below the screen like that of a dock instead of their usual place at the side of the screen.

No more will your Blackberry’s emails be plain and boring as now you can see almost exactly the same email you’d get when you view them on your PC. With email newsletters becoming increasingly creative these days, you can now see them in their full glory on your Blackberry Bold prepaid mobile phone instead of heading back to the PC to see them.

The web browser of the Blackberry Bold was pretty excellent with rich rendering of the web pages. I liked that the Blackberry Bold would render the page first and then allow you to zoom in to specific parts you would like to read instead of making you navigate the whole page in a slow manner.

The only thing that some of you might not like is that he Blackberry Bold does not support Flash files so you won’t be able to access sites that are totally reliant on Flash like most movie sites and a few corporate sites. Editing documents is also now easier on the BlackBerry Bold prepaid mobile phone as it now comes with “Documents to Go”.

Which will allow you to do all your word processing, Excel work and even PowerPoint presentations with ease. The suite also allows you to read PDF files and RTF files though they can only be opened via email attachments while you can load the normal office documents via memory card or memory transfer.

The Blackberry Bold prepaid mobile phone is not just a business mobile phone as it is well set up to play media as evidenced by its large screen. The large screen is not the only thing that makes it a media playing phone.

My test shots showed that the Blackberry Bold’s captured image were nice and sharp with color reproduction being pretty accurate and true. What really set the Blackberry Bold apart though was its overall performance as a business mobile phone. Speed in accessing applications and browsing was top notch and this must be due to its Xscale 924Mhz processor.

There were no lags when moving through the various applications and screens. Web pages and HTML emails were rendered and drawn faster than what I have seen with other Blackberry devices. Voice calls were also pretty good as previously there were some complaints on the crappy voice quality of previous Blackberrys.

It met every need I wanted in a business mobile phone, email, document editing and even media playing. With its full connectivity options and easy to use interface, I was sold on the idea of getting one for myself. Now if only RIM can niggle a bit more life from that battery of theirs.